What spirits are the most popular for New York City Bars & Restaurants?

New York City could easily be considered a modern-day Mecca when it comes to cocktails in the United States. Home to legendary institutions like The Dead Rabbit, Saxon + Parole, and The NoMad—all 2016 Spirited Awards winners—the city that never sleeps has always been at the forefront of bar industry trends.

At the beginning of this year, we published an extensive annual report on the order data of BevSpot users across the United States and Canada. This data includes a vibrant community of users throughout the New York City metro area and we couldn’t resist investigating what these users have been stocking their shelves with to see how they differentiate themselves from the pack.

The following material aggregates 2016 order data from BevSpot users in the New York metropolitan area, as defined by the U.S. Census Bureau. All figures represent percentages of orders in dollar terms.

In 2014, Quartz reported that whiskey was finally surpassing vodka as the highest-selling spirit in the United States. Our overall 2016 data seemed to confirm this: whiskey accounted for 28% of cumulative spirit orders on BevSpot, 5 percentage points more than vodka did. Among New York BevSpot users, this is even more pronounced: 34% of NYC spirit orders were for whiskey. The vodka share of these spirit orders was about the same as in the national data set.

Across all liquor types, the top-selling brands in New York are mostly well-established names that have sold comfortably in the United States for at least a few years. Jameson, Jack Daniel’s, Grey Goose, and Bulleit all fall into this category.

Yet topping the list is a relatively recent entrant into the vodka market - Tito’s, which was first produced in 1997 and has been seeing double-digit growth in the last decade. At almost 7% of spirit orders in our New York data set, Tito’s is almost 2 percentage points ahead of the runner-up Jameson, which itself is almost 2 percentage points ahead of Ketel One (the third-placed brand).

While Crown Royal took third place in our national data, the brand is nowhere to be seen in the top 7 whiskeys for New York. Jameson takes a slightly stronger hold on the market locally, with more than 15% of orders (compared to just over 14% overall). Bulleit and Maker’s Mark also retain relatively similar shares of the market.

In our national data, Tito’s was one of the most dominant brands for its spirit type, with 25% of vodka orders. In NYC, it accounts for more than 30% of vodka orders among BevSpot bars, an even larger divergence from the market shares signaled by data for the beverage industry as a whole. At BevSpot, we think our users are ahead of the curve when it comes to industry brand preferences. If New York in particular is at the tip of the spear, then the momentous sales of growth of Tito’s may not be stopping anytime soon.

The third-placed brand in our national data—Corazón, every so slightly outpaced by Don Julio at 10% of tequila orders—is conspicuously missing from the top 7 tequila brands in this region. Also missing is Maestro Dobel, which was fifth at over 5% of tequila orders nationally.

Don Julio retains the silver medal here, but with 7% of orders instead of the 10% of orders it has nationally. Meanwhile, el Jimador, which had over 9% of orders nationally, only retains 6% here. With the exception of the market leader, the shifts here are likely subject to some statistical noise.

Captain Morgan was the clear market leader in our national rum order data, with almost 17% of orders compared to Bacardi’s 11%; while Bacardi still has 11% of market share among New York BevSpot users, Captain Morgan doesn’t even make the top three here. Instead, Plantation appears to be the dominant brand, with 27% of rum orders.

Hendrick’s had a 4 percentage point lead over Tanqueray in our national data, with 22% of gin orders. In our New York data, it is even more strongly represented, with 26% of orders (versus the 13.5% that Tanqueray has). Surprisingly, New Amsterdam—thought to be part of a coming wave of “craft” gins—isn’t in our top 7 brands here. Perhaps 2017 is its year for New York bars.

In conclusion, the Big Apple certainly had more than a few surprising divergences from the rest of the BevSpot crowd. Who knew that Hendrick's would have such a dominant hold over our NYC users? Or that Captain Morgan would pull a total disappearing act? As we get a better handle on the market, we're excited to see how NYC's local trends flesh out and shift in the future. Another thing that will be interesting to keep tabs on is whether or not these unique traits spread outwards to the rest of the industry and confirm our suspicions of New York City's status as a trendsetter in the world of spirits.

More in Bars and Insights and Liquor 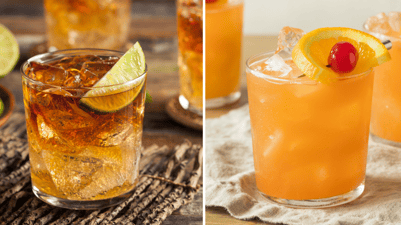 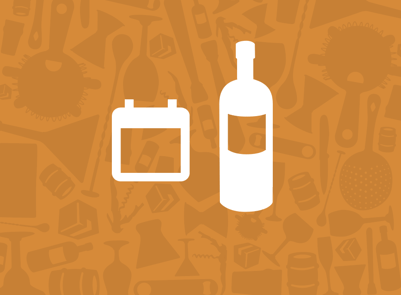