Bars and restaurants might see country clubs and think they have it easy over there.

But, in some surprising ways, country clubs face challenges that restaurants would never have to consider. The distinct business model for private clubs often demands unusual operating models for their food and beverage programs. But how do these operating models work exactly and how do they differ from that of their restaurant kin? BevSpot investigated and came up with some interesting insights.

The Club Member is King

One of the immediate differences that the bar managers run into at private clubs is the necessity of catering directly to the club member. Normal restaurants and bars will try and accommodate dietary restrictions or make slight adjustments to a meal in order to appease an individual guest. However, the menu is often set by the bar managers and the chefs and never really adjusted outside of their own personal decisions.

“At a private club, our [food and beverage] buying is dictated by our members,” says Tim Gallant, the Senior Food and Beverage Manager of the prestigious Oak Hill Country Club in Rochester, NY. “We have a specific set of clientele. Let’s say I have a Cabernet that I know 10 members are going to drink. It’s going to be on my list no matter what. There might be a hot trend towards a Riesling, but, if nobody in my club is willing to step out and try it, we just can’t. We have to honor and value what our members want.”

At the Westmoor Club in Nantucket, MA, we saw a greater emphasis on actively competing with nearby restaurants. This led to a need for a cocktail program and a head chef with a strong culinary background. However, Marc Ruemmler, the Beverage Manager at Westmoor Club, observes that members still have a lot of control over the menu.

“Some members just want their Dewar’s on the rocks. But it really depends on what club you work at.”

A Wider Margin for Profits

Something you’ll also sometimes see at country clubs is a much lower standard when it comes to food and beverage profit margins than you would normally expect at restaurants and bars. This is simply due to the culinary and beverage programs being a secondary income generator for these clubs and just an additional amenity to offer to members rather than the feature attraction.

At the Westmoor Club, which is actually a for-profit club with a board of electors, margins are much more important, even when considering special requests from their members. However, Marc still found a need to price aggressively against other restaurants on the island. “If I saw a wine on my menu at a restaurant in town, I made it a point to make it a dollar or two cheaper, because it shows that value to members coming into the club.”

Tim echoed this at Oak Hill. “In the suburbs, food and beverage tends to be budgeted to break even or lose money. For 90% of country clubs, the bread and butter comes from golf operations and member dues. I’ve seen club managers who are comfortable with a 50% margin, because they are competing with restaurants and want members to dine with them. It’s really just icing on the cake for some clubs.”

Another trend that we noticed within country clubs was an accentuated emphasis on a higher standard of personalized service for its members. Where your clientele pool is limited like it is at a private club, their happiness and satisfaction when visiting your club for a meal or a drink is all-important.

“Developing personalized relationships is key. It’s the only way you’re going to succeed. It develops a loyalty that you’re not going to be able to get at restaurants,” says Tim. “Being sat at a table because someone knows it’s your favorite table, getting your favorite drink, and getting your food specially made the way you like it, all without asking. That’s hospitality and that’s what we’re in the service of providing [at Oak Hill].”

Marc stressed this point at Westmoor as well. “The word ‘no’ just doesn’t exist in clubs. I’ve always told my employees when they come in that, if you don’t have an answer or don’t know how to do it, you ask somebody else and we try to make it happen no matter what. At most restaurants, outside of the high-end ones, I don’t see that happening.”

Despite a lack of emphasis on food and beverage in some private clubs, there are many avenues for improvements in their bar programs, especially in margins and profitability.

“Just because we can run 40% margins, it doesn’t mean we can let go of control levels in our beverage program. Product variance is still an issue. Theft is still an issue. That gets lost a lot of times at bigger clubs. We still have to be able to adjust for things like that,” Tim tells us. “It was the biggest reason why I had interest in picking up BevSpot at Black Rock and bringing it over to Oak Hill.”

Being able to back up his decision-making process with actual sales data when it came to buying decisions for your menu and pricing was a huge boon to Tim and he was able to discover marked improvements. Finding increased profitability by 15% at Black Rock and headed towards similar results at Oak Hill, Tim has found dividends when it comes to innovating his beverage program with real data. 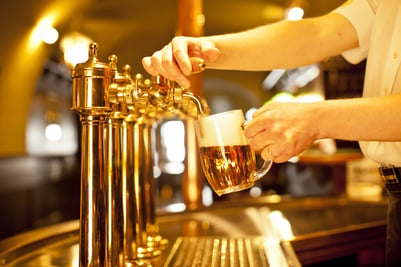 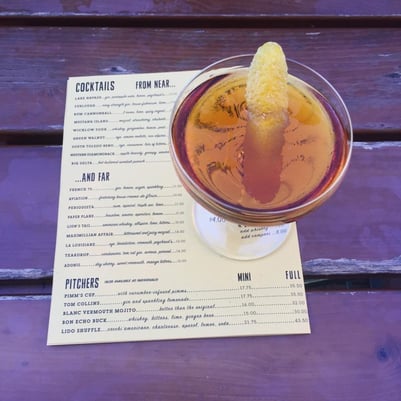 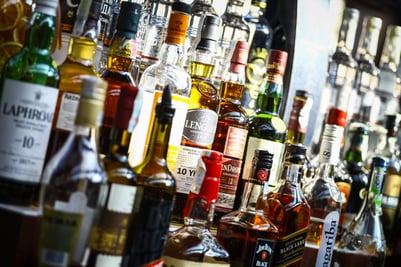 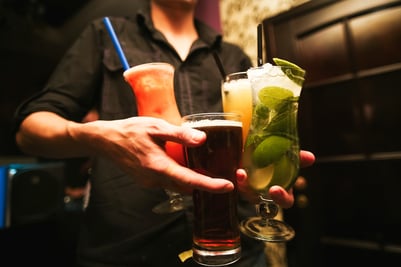 2-Minute Tuesdays: How to Prevent Theft at Your Bar